The Joy of Logic

A sharp, witty, mind-expanding and exuberant foray into the world of logic with Computer Scientist Dave Cliff. Following in the footsteps of the award-winning The Joy of Stats and its sequel, Tails You Win - The Science of Chance, The Joy of Logic takes viewers on a new Wingspan roller-coaster ride through philosophy, maths, science and technology all of which, under the bonnet, run on logic. Wielding the same wit and wisdom, animation and gleeful nerdery as its predecessors, this film journeys from Aristotle to Alice in Wonderland, Sci-Fi to Supercomputers to tell the fascinating story of the quest for certainty and the fundamentals of sound reasoning itself.

Dave Cliff, Professor of Computer Science and Engineering at Bristol University, is no abstract theoretician. 15 years ago he combined logic and a bit of maths to write one of the first computer programs to outperform humans at trading stocks and shares. Giving away the software for free, he says, was not his most logical move…

Cliff shows how thanks to Victorian logician George Boole, logical reasoning moved beyond philosophy to mathematics, an essential step towards our modern digital world. With the help of 25 seven-year-olds, Prof. Cliff creates, for the first time ever, a computer made entirely of children. It runs on nothing but Boolean logic (powered by biscuits and orange squash). A modern computer chip would contain about 250 million kids…

In Vienna, Cliff reveals logic’s crucial role in the fin-de-siècle struggle for modernity, and how it was brought to its knees by the hideously intractable problem of paradox. Great minds were tormented: would it ever be possible logically to prove that 1 + 1 =2? After 360 tortuous pages Bertrand Russell showed it was - only for Vienna Circle alumnus Kurt Godel to promptly kill off the quest for logical certainty for good: some truths in maths were simply unprovable. And yet with what Cliff calls an ‘almost exquisite paradox’, this became the inspiration for logician Alan Turing to imagine… the computer.

And what of the big questions for the future of logic and all of us? In Brisbane we meet the world’s brainiest coding whizz-kids, challenged to create the best algorithms if they’re to top the podium at the International Olympiad of Informatics. But can humans really stay ahead? Could today’s generation of logical computing machines be smarter than us? What does that tell us about our own brains, and just how ‘logical’ we really are…?

Some of logic’s biggest brains aid the quest: Chief Science Advisor to Scotland, Prof. Muffy Calder; Prof. Sir Nigel Shadbolt, one of the world’s leading experts in Web Science; and Prof. Peter Millican, International Correspondence Chess Grandmaster and Professor of Philosophy at the University of Oxford.

Ultimately, logic has given us the tools for sound argument and reasoning and enabled transformational technology. It underpins our everyday lives – mostly without our even realising it. And it raises tricky questions about what it means to be human.

So sample ‘The Joy of Logic’. It would be illogical not to. 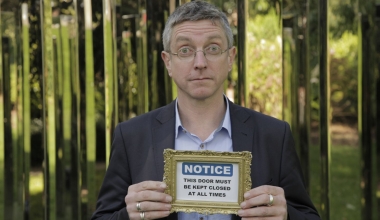 The Joy of Logic

I love nothing more than a programme that makes me feel clever, and The Joy of Logic, a one-off foray into the world of maths, science and philosophy, did just that... Filled with off-beat humour and easy to follow, this was a show that revelled in its geekery - The Telegraph

Logic isn't just for Star Trek fans... Computer boffin Dave Cliff unpicks its workings with wit and simplicity in an unmissable hour - The Mail on Sunday

Likeable, quirky new documentary … a lecture from a professor that all the students like - Daily Mail

Produced and Directed by Catherine Gale