Mortgaged to the Yanks 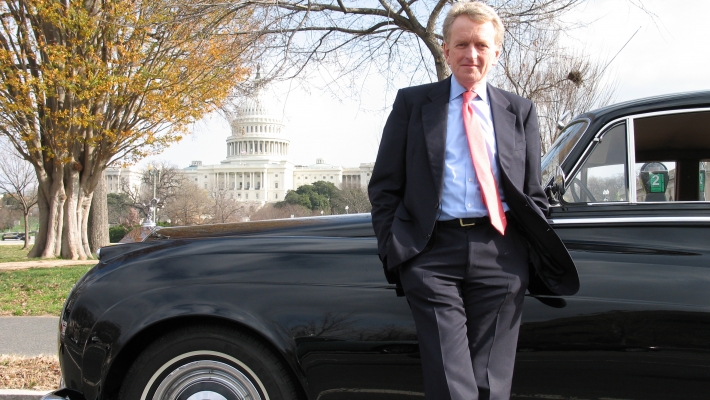 At midnight on 31st December 2006, Britain finally paid off the last tranche of its multi-billion dollar debt to the Americans from the end of the Second World War – after sixty years of gruelling payments. Sir Christopher Meyer, controversial red-socked former Ambassador to Washington during the Bush and Blair era and author of explosive memoirs DC Confidential, tells the dramatic story of how we came to be Mortgaged to the Yanks, and reveals what this cautionary tale really tells us about our so-called 'special relationship’.

On VJ Day itself, the day the war ended, the Americans decided to stop bankrolling Britain’s war effort and pulled the rug from under new Prime Minister Clement Atlee’s feet. Britain was bankrupt, with no hope of clearing the rubble let alone building the ‘new Jerusalem’ that the new government had promised. The country’s greatest, and most controversial, economist, John Maynard Keynes, was dispatched to Washington to rescue Britain from the ‘financial Dunkirk’ it was facing. Keynes promised Attlee that he would secure what he called “Justice” – a free multi-billion dollar grant-in-aid from America.

Keynes believed America should pay up as, after all, Britain had stood alone during the darkest days of 1940 and the hideous nights of the Blitz, until America had entered the war – late. America took an entirely different view. Agonisingly protracted negotiations followed, during which Keynes suffered a heart attack. He died just months after the Anglo-American Loan Agreement of December 1945 had been signed – a loan, on business terms, with interest, and terms and conditions stacked in Washington’s favour.

Sir Christopher Meyer, Our Man in Washington over 9/11 and during the run up to the Iraq War, says the story of how we came to be ‘Mortgaged to the Yanks’ is still relevant today. “It’s a fantastic case study of the so-called ‘Special Relationship’, a phrase first coined by Winston Churchill but one I banned my but one I banned my Embassy staff from using because it’s so misleading”.

This programme was made by Takeaway Media, Wingspan's parent company which Archie ran with Neil Cameron

"The programme is as vital as ever given our eagerness to follow the American lead. If anything deserved prime time on BBC1 this is it" (Financial Times)

Produced and Directed by Donna Sharpe